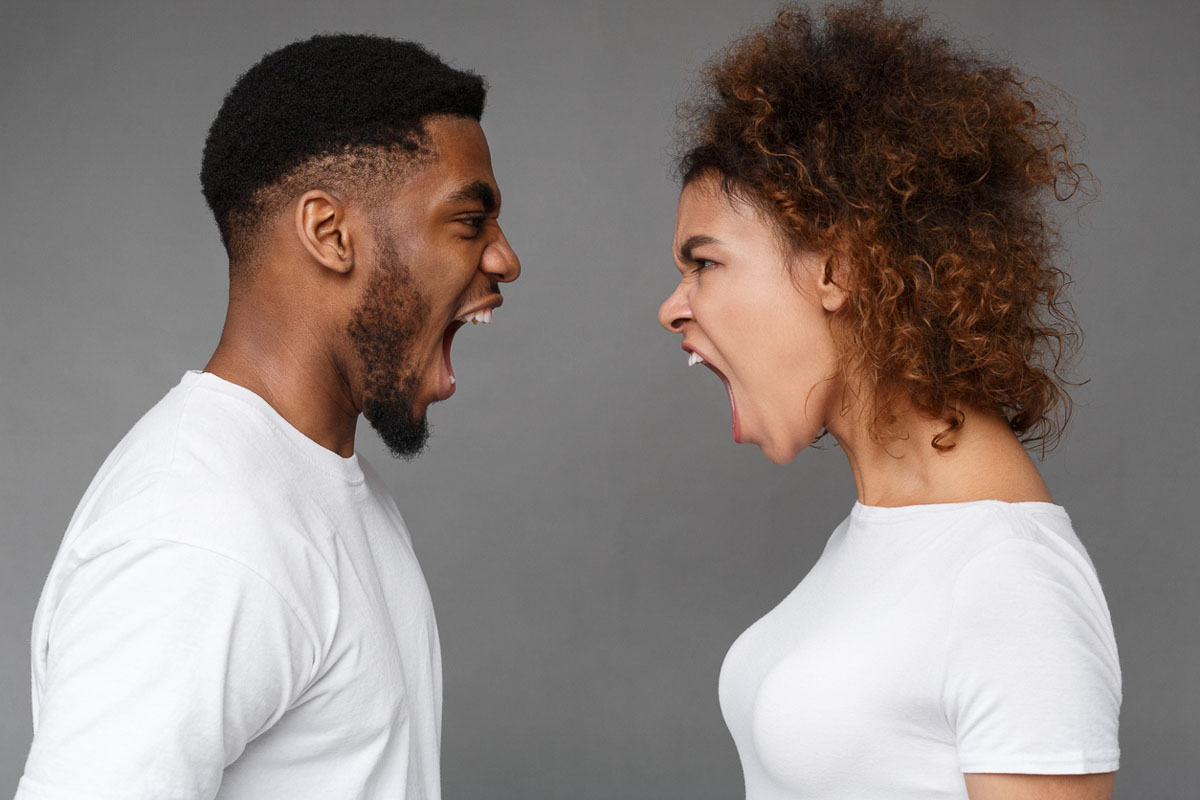 Anger is a normal human emotion. In itself, anger is not a problem unless it is expressed in harmful ways.

Anger can create trouble in relationships, work, health, day-to-day living or with the law. Psychologists can help you understand anger and learn better ways to handle and express it.

Anger is an emotion that can range from mild annoyance to intense rage. It is accompanied by physical changes. Your heart rate and blood pressure go up when you are angry, as do levels of the hormones adrenaline and noradrenaline.

When people feel angry, they often display angry behaviour. This might include yelling, throwing things, criticising, ignoring, storming out or refusing to do something.

Anger is not the same as violence, but anger can lead to violence if not properly controlled. Some people use anger as an excuse for abuse. Violence and abusive behaviour is geared toward having power and control over another person by creating fear.

Anger is often associated with frustration. Anger may arise when things don’t happen the way we want or people don’t behave the way we think they should. It may be a response to perceived injustice or unfairness, or be caused by worrying or brooding about personal problems. It is also a response to being hurt. Anger is usually linked with other negative emotions. A person may be feeling anxious, depressed, disappointed, worried, embarrassed, frustrated, hurt or frightened, but express these diverse feelings as anger.

Men and women may sometimes express anger in different ways. Men may find it easy to express anger as they may feel it is the more legitimate emotion to express. But they may find it harder to express the feelings underneath the anger, like hurt, sadness, or grief. For women the reverse may be true: their anger may get buried under tears or other emotions.

Anger is a natural, adaptive response to threats. It allows us to fight and defend ourselves when we are attacked. Anger becomes a problem when it creates trouble for you with other people, your work, your health, day-to-day living, or the law. Anger is also a problem when other people around you are frightened, hurt or feel they cannot talk to you in case you become angry.

Some signs that anger is a problem include:

Anger is not usually a good solution, even if it seems helpful in the short term. Unmanaged anger creates problems for you or others around you and can lead to more problems in the future. Ongoing anger affects your life and health.

Anger can also get in the way of dealing with problems effectively. If we get too angry we may just end up fighting or saying hurtful things and the problem is not effectively dealt with. It may get worse.

Some people once thought that venting anger was beneficial. Researchers now believe that “letting it rip” escalates anger and aggression and does not resolve the situation. Expressing some of your anger in a controlled way gives you an opportunity to release some underlying feelings, so that you can start to tackle the issues that are making you angry.

Bottling up anger and not expressing it may lead to an “explosion” or uncontrolled release. It may also manifest itself in other ways such as anxiety, depression, or a psychosomatic sickness.

A person who feels attacked or belittled may become defensive or angry, and the fight is likely to escalate. People can become frightened or hurt by anger that is directed at them, or people they are close to.

Anger is rarely productive in the long term. When we try to deal with a problem with angry behaviour, the anger itself often becomes the problem. The person with whom we are angry may end up responding to our anger rather than addressing what upset us in the first place.

Anger management is about knowing the triggers and early warning signs of anger, and learning techniques to calm down before the situation gets out of control. It is about learning and practising better ways of expressing anger if necessary.

Develop a list of things to say to yourself before, during and after situations in which you may get angry. It is more helpful if these things focus on how you are managing the situation rather than what other people should be doing. Psychologists call this type of thinking ‘self-talk’.

Step away from a situation or an argument if you feel your anger getting out of control. Go outside the room or for a walk. Before you go, make a time to talk about the situation when both of you have calmed down. During time out, plan how you are going to stay calm when your conversation resumes.

Strategies for managing anger include counting to ten, smiling, playing soothing music, talking to a good friend, or focusing on some simple, mechanical task like polishing the car or folding laundry.

Practise some relaxation strategies like breathing deeply from your diaphragm, or progressively relaxing all of your muscles.

Ensure that anger is channelled and expressed in clear and respectful ways through assertiveness training. Being assertive means being clear with others about what your needs and wants are, feeling OK about asking for them, but respecting the other person’s needs and concerns as well and being prepared to negotiate.

Try to acknowledge your anger

Admit when a particular issue has made you angry by telling yourself and others. Letting someone know that you felt angry when they did or said something is more helpful than just acting out the anger.

Change the way you think about things

When you’re angry, your thinking can become exaggerated and irrational. Try replacing these thoughts. Instead of telling yourself “I can’t stand it, it’s awful and everything’s ruined” reassure yourself that “It’s frustrating, and it’s understandable that I’m upset about it, but it’s not the end of the world and getting angry is not going to fix it”.

Avoid using words like never or always (such as “you’re always late!”). These statements are usually inaccurate, make you feel as though your anger is justified, and don’t leave much possibility for the problem to be solved.

Consider who you are angry at

Make sure you think about who you express your anger to. Take care that you are not just dumping your anger on the people closest to you, or on those less powerful than you. Don’t yell at your partner, children, dog or cat when you are really angry with your boss.

Practise some anger management strategies with a friend. Ask them to help you to act out a situation where you get angry, so that you can rehearse other ways to think and behave. Practise saying things in an assertive way.

Sometimes it can help to write things down. What is happening in your life? How do you feel about the things that are happening? Writing about these topics can sometimes help give you some perspective and help you understand your feelings. What are some options for changing your situation?

They can advise you about other resources to help manage your anger, such as support groups, books and courses. Your psychologist can also help you manage other problems that may be associated with anger, such as depression, violence or personal relationships.

For more information about Anger, please Contact Us or you can read more at: www.psychology.org.au/for-the-public/Psychology-topics/Managing-your-anger

We are here for you whenever you are ready to reach out.

Book with the Inspire Mindful Psychology team via our easy to use online booking portal.

(Our rooms are located inside the Paradise Point Family Medical Centre)

(Our rooms are located inside the Brickworks Medical Clinic)